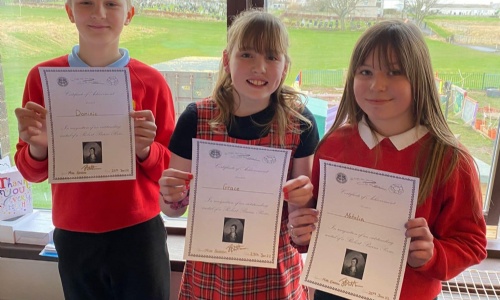 Primary 7 developed their confidence speaking aloud in front of an audience by reciting their Scottish poems as part of Burns Day.

Each student selected from a choice of Scottish poems including 'To A Mouse' or 'Red, Red Rose'. They then were given several weeks to practice before reciting it in front of their year group.

They all made a brilliant job and showed great confidence and bravery. They even convinced Miss Easson and Mr Blattman to take part!

Certificates were awarded to,

Well done to everyone for taking part! 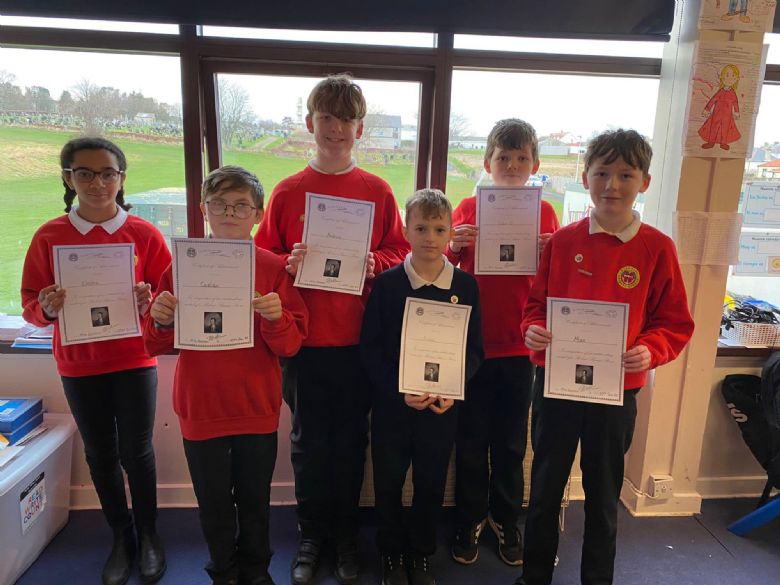 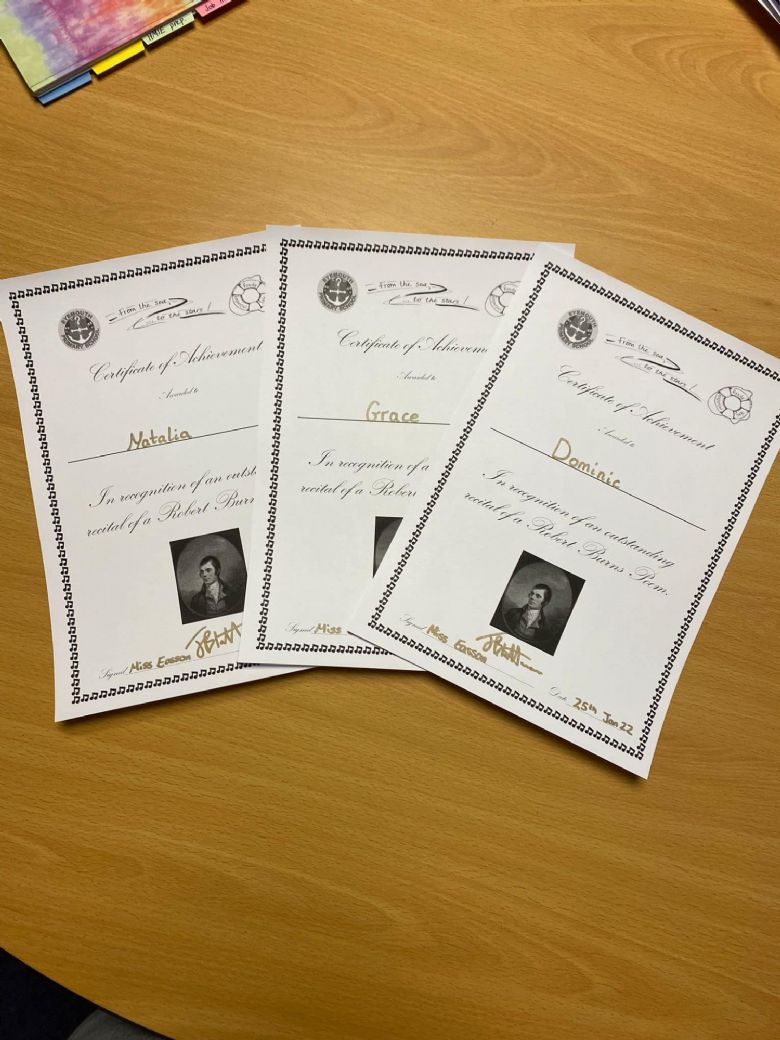 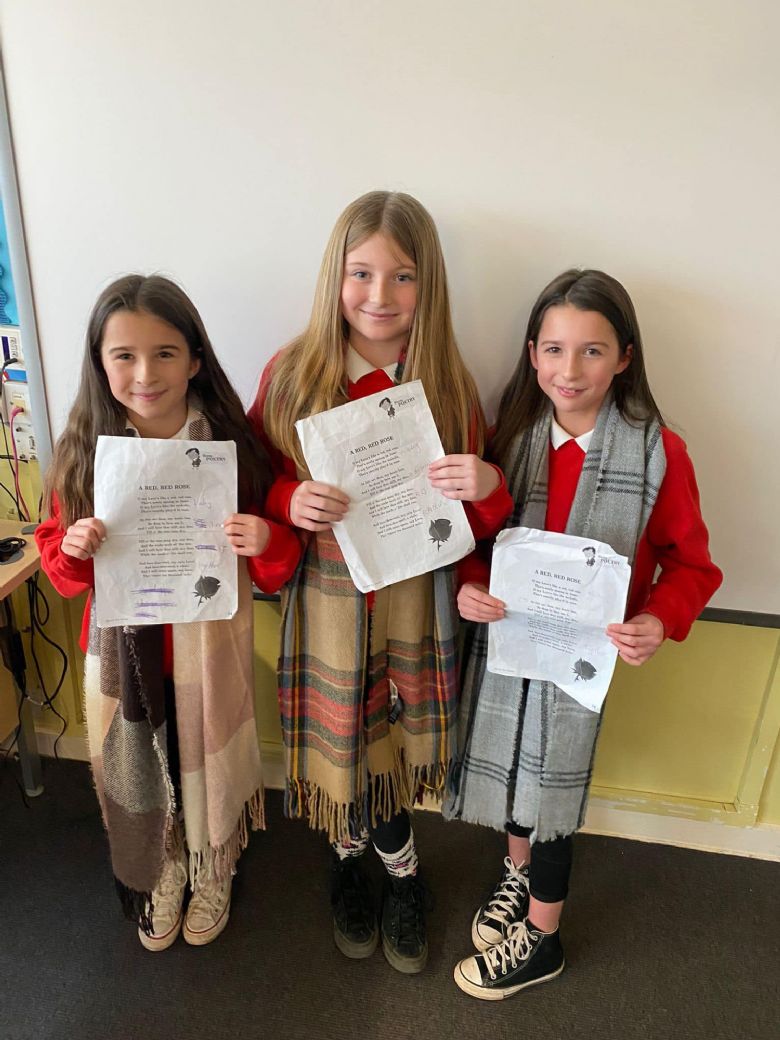